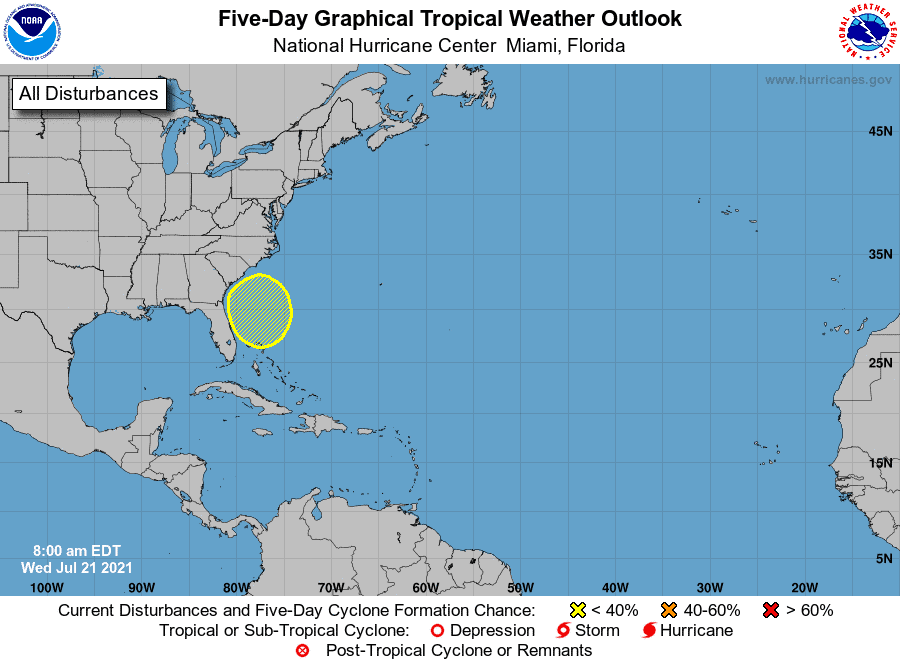 There could be a build up of energy off the East Coast over the next 5+ days.

NOAA has this area at a 0% chance of development over the next two days, but a 20% chance over the next five days.  Models agree on the longer timeline and show moisture building off the coast this weekend into early next week.

From there, models show different scenarios of what this blob may do: 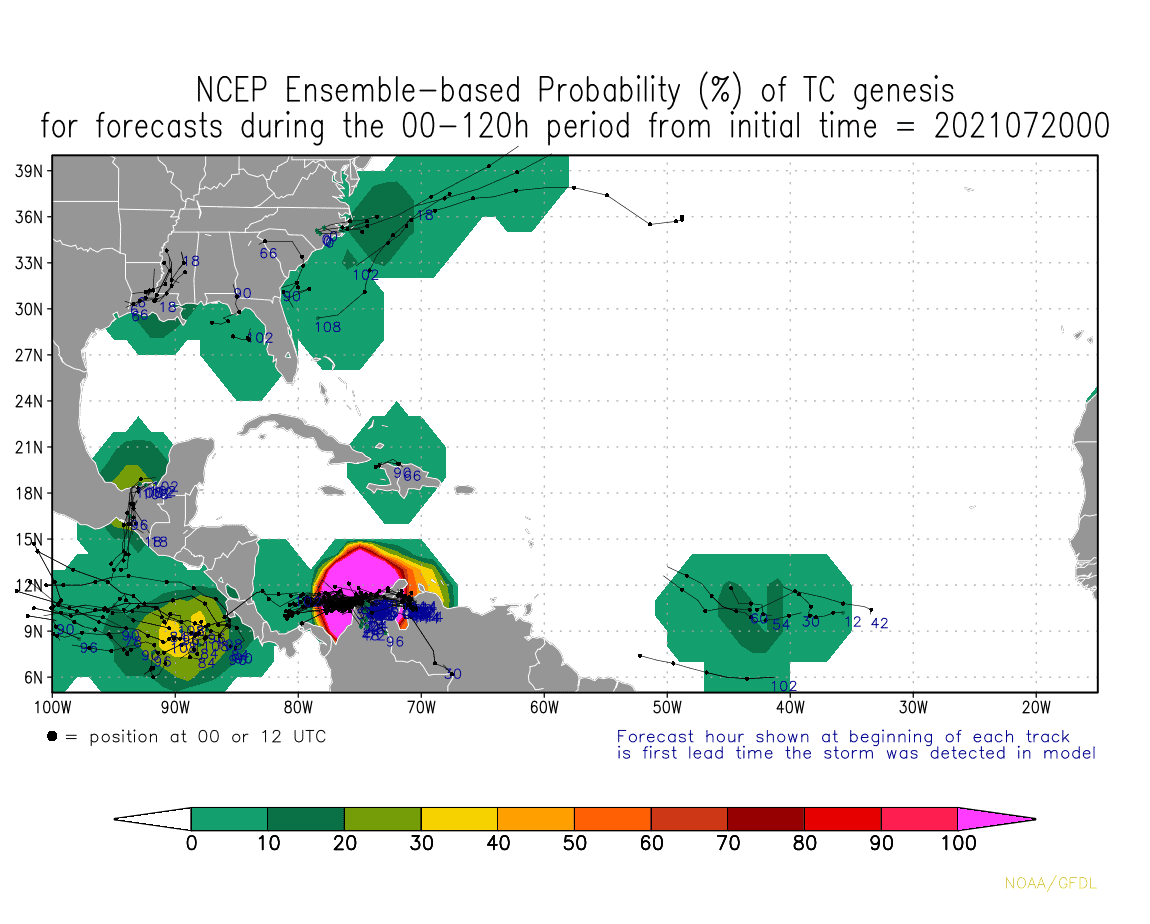 Still way too far out to predict much, but we should keep an eye on it regardless.