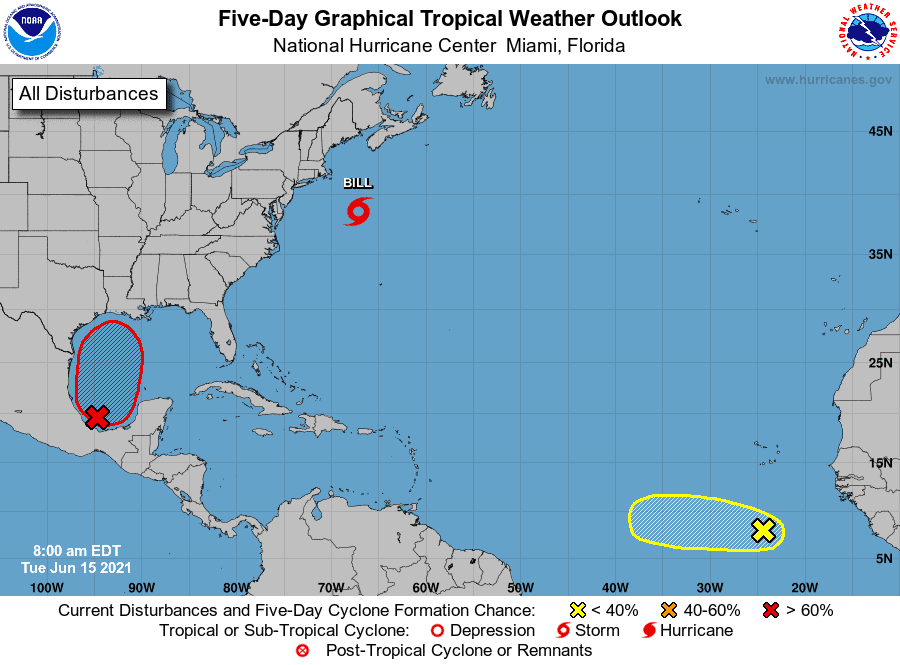 We have our second named storm of 2021, Bill, in the Atlantic.

This is pretty early for a second named for sure.  Usually this happens in late July or early August.

So what’s on the radar this week?  Lets get to it….

1. We have TS Bill off the East coast with winds at 50mph.  Not expected to threaten land.

2. Next, we have a wave off the African coast. Crazy to see this so early in the season and with so much Saharan dust as well.  Ultimately, this wave should start to dissolve due to all the dry air ahead of it.

3. And finally, we have I92 in the Bay of Campeche just hanging out. Radar shows some decent bursts and circulation building, so it’s trying to get its spin on. I92 is expected to push into the Gulf later this week and head WNW towards Louisiana.  Landfall is still expected this weekend near Louisiana, and then a hard pull east over Mississippi, Alabama, Georgia, Florida, and even the Carolinas before entering the Atlantic. 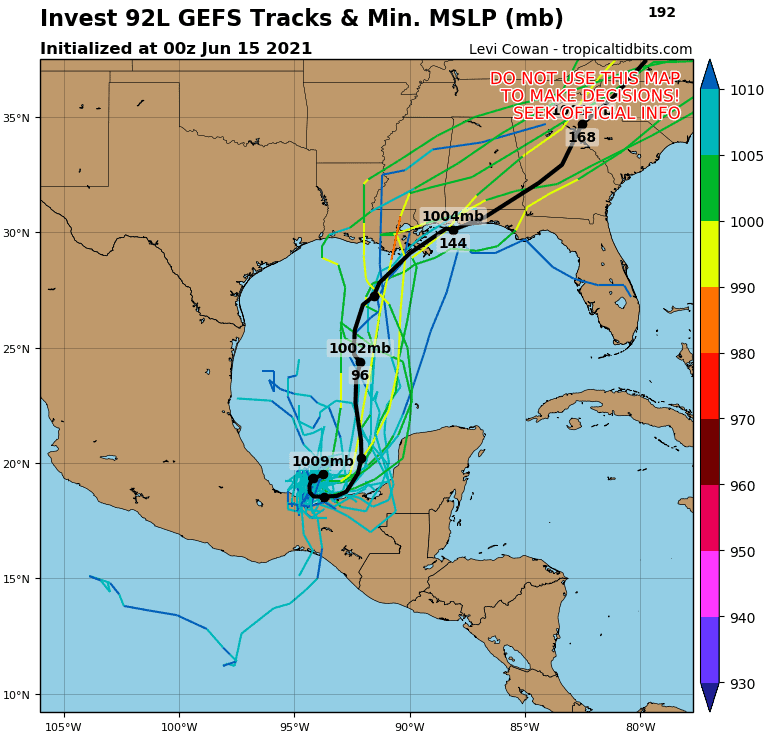 Could it reorganize in the Atlantic?  Worth watching.  With that all said, I92 will have lots of obstacles to face in the Gulf. Shear and dry air is ahead of it, so development will be super tough for sure. I expect we’ll see more of an unorganized, lopsided system. So that means winds and rain could stretch out far east of the system. Heads up MS, AL, GA and FL panhandle.. Will it be named though? Stay tuned.