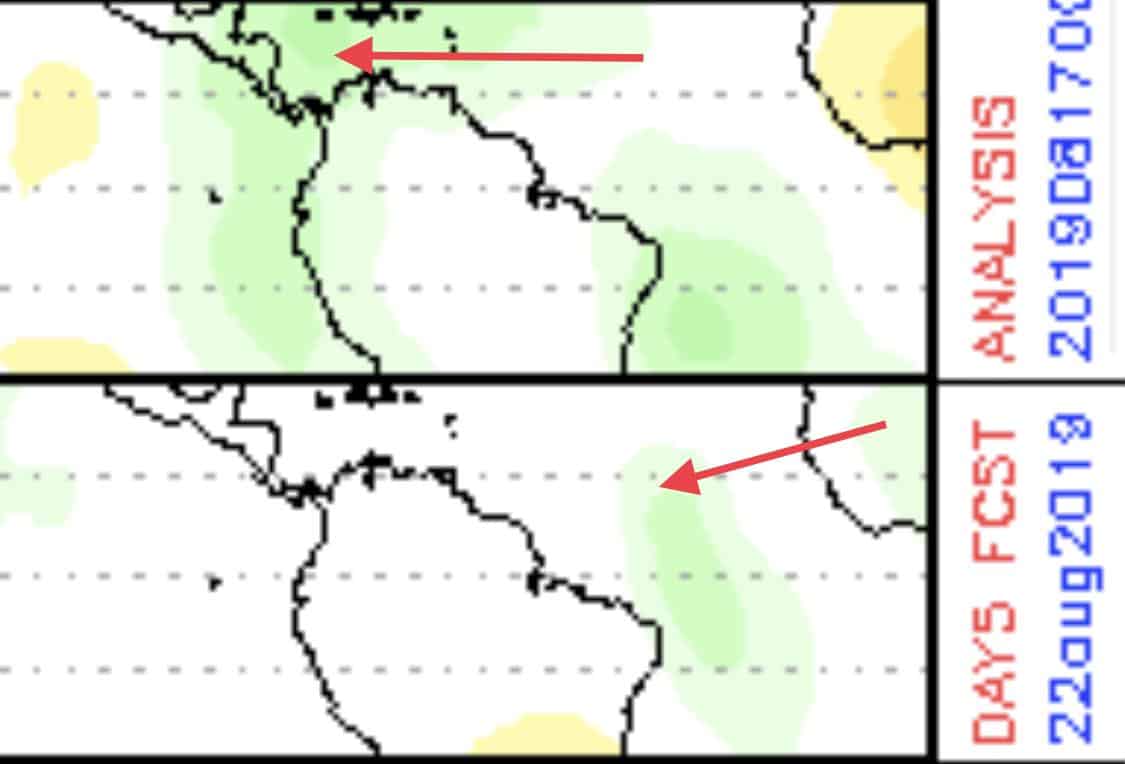 Watching the Gulf and Mid-Atlantic this week into next | CAT365

Overall, current models are not developing much of anything through August, but this could change as we see conditions start to improve in the Atlantic.

The MJO (Madden-Julian Oscillation) is still showing areas of moisture rolling in this week through this weekend. 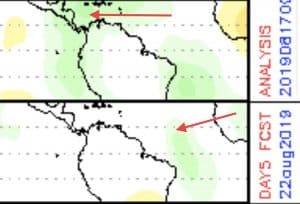 The first area is the same area I mentioned last week.  We could see some energy come from the Caribbean and move into the western Gulf of Mexico by this weekend. With that said, models are not really developing anything currently, just rain for Texas and Louisiana for now.