Home Learning Center The Real Impact of AOB Fraud: What You Need to Know

The Real Impact of AOB Fraud: What You Need to Know

Assignment of Benefits (AOB) fraud affects all Florida homeowners. Tower Hill President Don Matz tells us why in his latest contribution to the What You Need to Know series.

An insurance-related topic that has garnered significant attention recently, both in the media and within the Florida Legislature, is Assignment of Benefits, often referred to as “AOB.”  AOB is a process whereby the insured assigns away his or her rights under an insurance policy to a third party.  This process occurs every time you visit your physician’s office, a medical clinic, or a hospital.  The paperwork you sign upon your arrival transfers your benefits under your health insurance policy to your various care providers and permits them to negotiate for payment directly with your health insurer.  The vast majority of the time, this process works smoothly and is very efficient.  However, the same process does not work quite so smoothly or efficiently when it comes to property insurance and can leave you caught in the middle of a legal battle that you never anticipated.

Most health care providers have a prenegotiated rate established with the various health care payers, and, if they don’t, payers are accustomed to accepting a version of a “Reasonable & Customary” fee (based upon industry data) for their services.  Property insurers generally have a prenegotiated rate with a very limited number of providers, if any at all.  Also, there is no equivalent to the health insurance “Reasonable & Customary” fee within the property insurance world, although most property insurers subscribe to one or more services that routinely track the cost of building and repair materials by geographic regions.  A similar tracking service for hourly labor rates does not exist as they are subject to free-market forces. 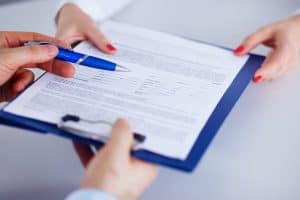 When you sign an AOB with a contractor, that contractor gets to stand in your shoes from a legal perspective.

A contractor with an AOB can now sue your property insurance company if he believes the reimbursement received from the company is insufficient.  Because there is not the same generally agreed-upon fee schedule that exists in the health insurance world, the proper reimbursement is left to both parties’ respective interpretations.  This gray area puts the insurance company at a significant disadvantage in the courtroom, because any award in excess of the insurance company’s payment, even if it’s only $1 more, results in the contractor’s being awarded attorney fees due to the AOB.  For the unscrupulous AOB vendor, there is virtually no downside to inflating their bill for services rendered, because they do not face the adverse risk of having to pay the insurance company’s attorney fees should they lose in court. 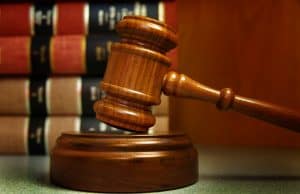 Because of Florida’s one-way attorney fee statute, there is virtually no downside for unscrupulous AOB vendors to inflate their bill.

As a result of AOB, insurance companies must now weigh the risk of fighting exorbitant bills in court or reaching a financial settlement with the AOB vendor at a significantly higher payout than it believes to be reasonable and necessary.  Both alternatives add costs to the system and drive up the insurance company’s losses as a result.

Property insurance companies in Florida are required to have their rates reviewed annually by the Florida Office of Insurance Regulation (FLOIR).  The FLOIR is tasked with making sure rates are fair and not unfairly discriminatory to the company’s policyholders. Rates must also be considered  adequate (actuarially sound) to ensure the insurance company remains solvent by collecting enough premium to pay its projected claims and expenses.  Therefore, as a company’s claims go up due to rising costs from factors such as inflation, fraud, and/or increased AOB activity, the company is forced to pass these increased costs onto its policyholders via increased rates.  When an activity such as AOB becomes as prevalent as it has in Florida, all property insurance companies are negatively impacted to some degree, and all rates tend to rise in response to the issue. 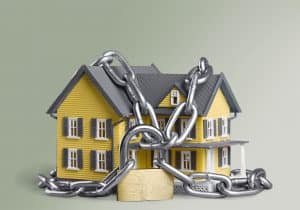 If an AOB vendor attempts to collect from you, and you do not pay, they have the legal right to place a lien upon your property

In addition to causing homeowners insurance rates to rise, AOB can be costly to the homeowner beyond higher premiums.  Most AOB agreements contain language that permits the AOB vendor to collect their fees (which may be exorbitant) from the policyholder in the event the damage is not a covered loss under the insurance policy, or if the insurance company does not pay.  If the AOB vendor attempts to collect from you, and you do not pay, they have the legal right to place a lien upon your property for the unpaid amount.  Further, if the insurance company elects to fight the AOB vendor in court, you may be required to submit to a deposition under oath and testify in court on behalf of one of the parties – something you may not have considered when the vendor indicated “sign right here and we’ll take care of everything.”

Infographic: Why Home Insurance Rates Are Skyrocketing in Florida