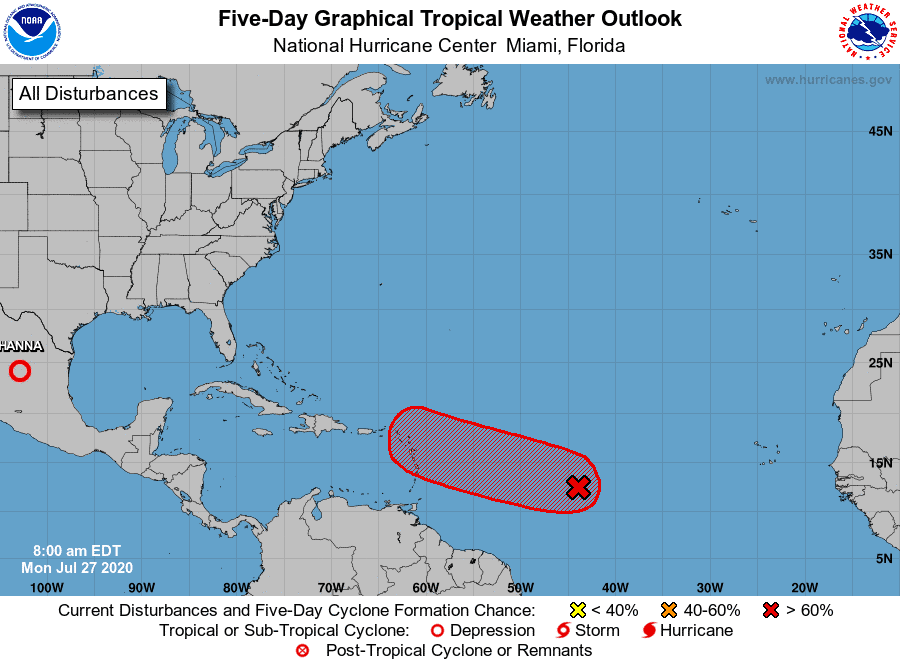 As Hanna moves inland, we turn our eyes to Invest 92 in the Atlantic.

Invest 92 is basically all by its lonesome in the Atlantic getting harassed by the same dry air & Saharan Air Layer (SAL) that ultimately drove Gonzalo to retirement.
Will I92 see the same fate?
Models are all over the place right now. 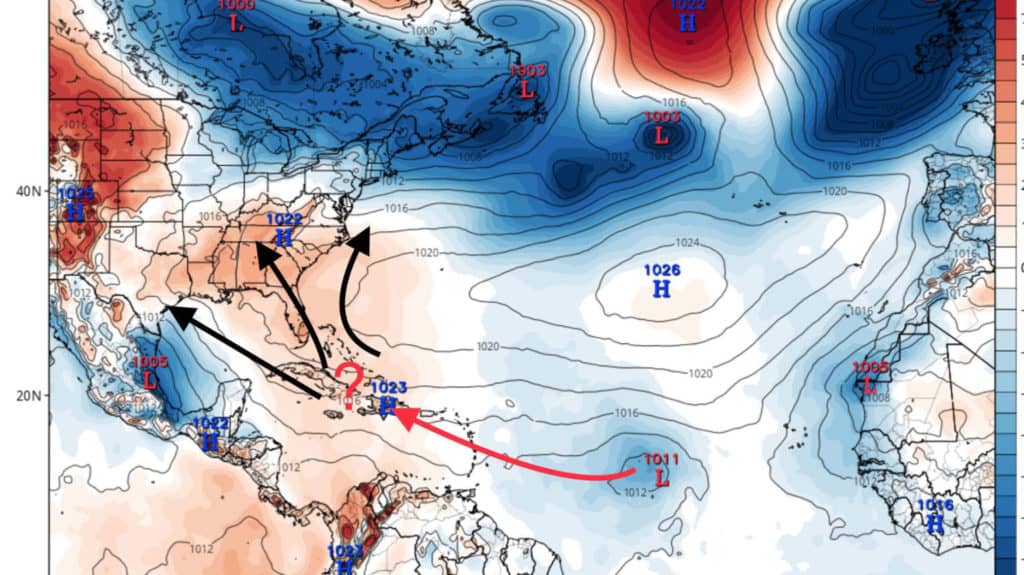 So let’s look at what they seem to all agree on currently: Most models agree on some strengthening prior to the Antilles and a pull WNW in track towards Puerto Rico by Friday/Saturday.

Now from there it’s wide open.

EURO has it dissolve and continue its track west towards the Gulf as energy.

The GFS develops it some, has it pull more NNW, and ultimately swing out to sea hugging the East Coast. 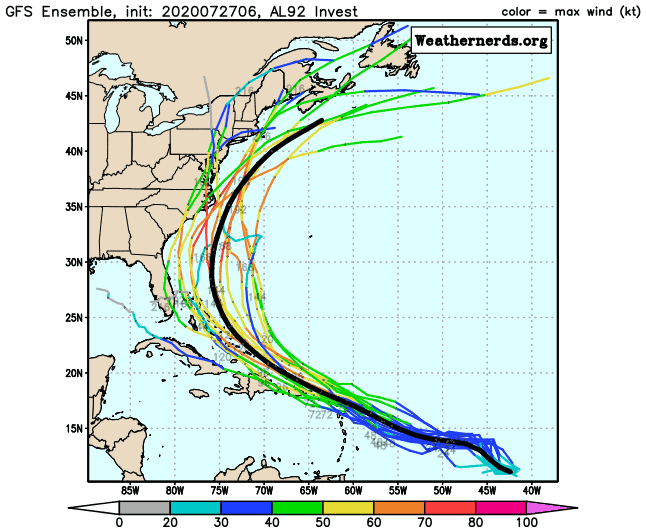 The CMC and NAVGEM agree on similar paths as the GFS.

Basically, we need to see how I92 handles the current dry air and shear in the Caribbean and what condition it’s in after this. It’s much larger than Gonzalo, so the tolerance could be there.

Lots to watch this week. 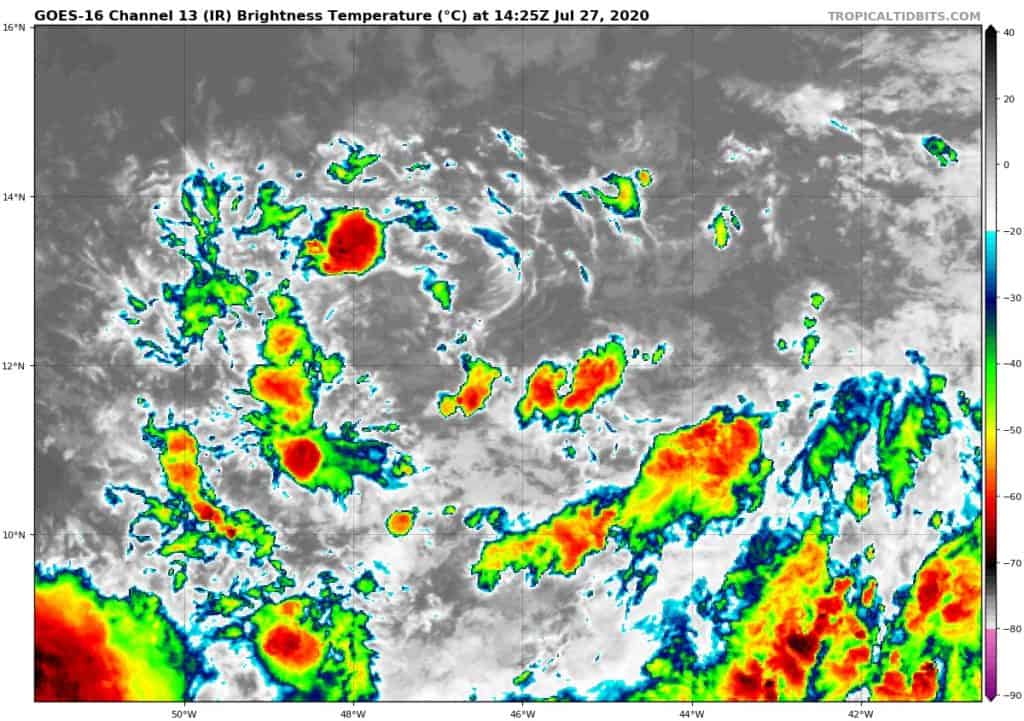