Ok, so yesterday I mentioned a group of storms along the southern MDR that I felt had a decent chance of developing. Well, NOAA has now listed this area on their forecast and gives it a 40% chance over five days.

From what I have reviewed, this system has a good chance of reaching TS+ status in five days. It’s basically headed into a very conducive Caribbean right now that’s basically like a candy store for a tropical wave. So what am I saying? I’m saying that this system has what it needs to really bulk up and hulk out if it wants to. As for the track, well I hate to say it, but it could be Gulf bound. Ugh. 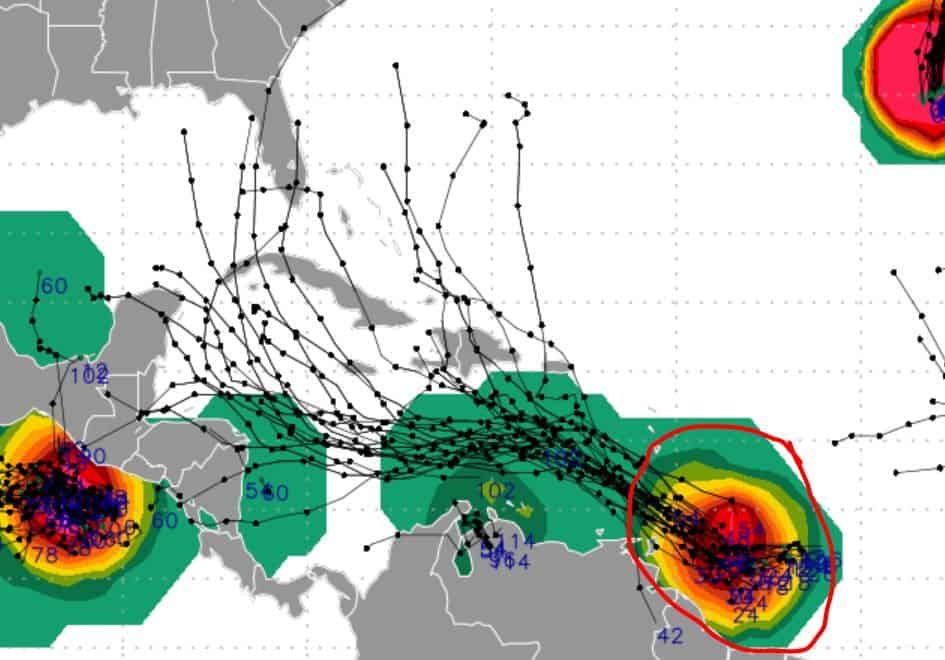 Like I have been screaming for months now, October could be a stressful month for the Gulf Coast, and this system could be the messenger. Not trying to hype anything up, just saying.

Again, long way out, but we all should be monitoring this one very closely. Like a shark swimming next to you in open water closely.
Stay tuned folks. Looks like we have a gamer.