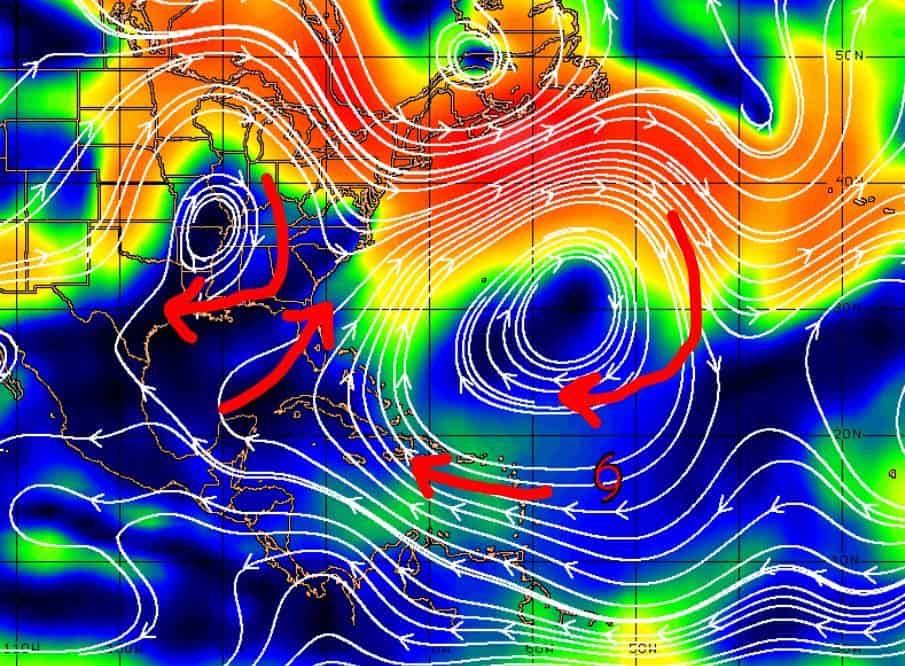 Alright, so we have Tropical Fiona now.

Winds are at 50mph and headed west at 13mph. Overall she looks pretty good. Huge convection bursts show on radar and a nice low-level center is spinning. So what are her plans?

Well, NOAA shows a westward track towards Puerto Rico then a sharp pull north once near the Dominican Republic. Why? Well, there is a strong high north of the system steering it west for now, but as it is near the D.R. early next week, there’s an expected gap where this high ends and low comes through sucking it up.

Now with all that said, timing is still key, and the strength of this expected low also is in play. So basically what I’m saying is lots can change for sure. Most models like this northward pull near the D.R / Bahamas, but there are others that support a more westerly track before pulling up. Heck, the CMC likes a South Florida brush into the Gulf and then up toward Louisiana/Texas. I’m still not sold on this NOAA track yet. So there’s lots of time and lots could change. Be ready folks. This is a watcher for sure. 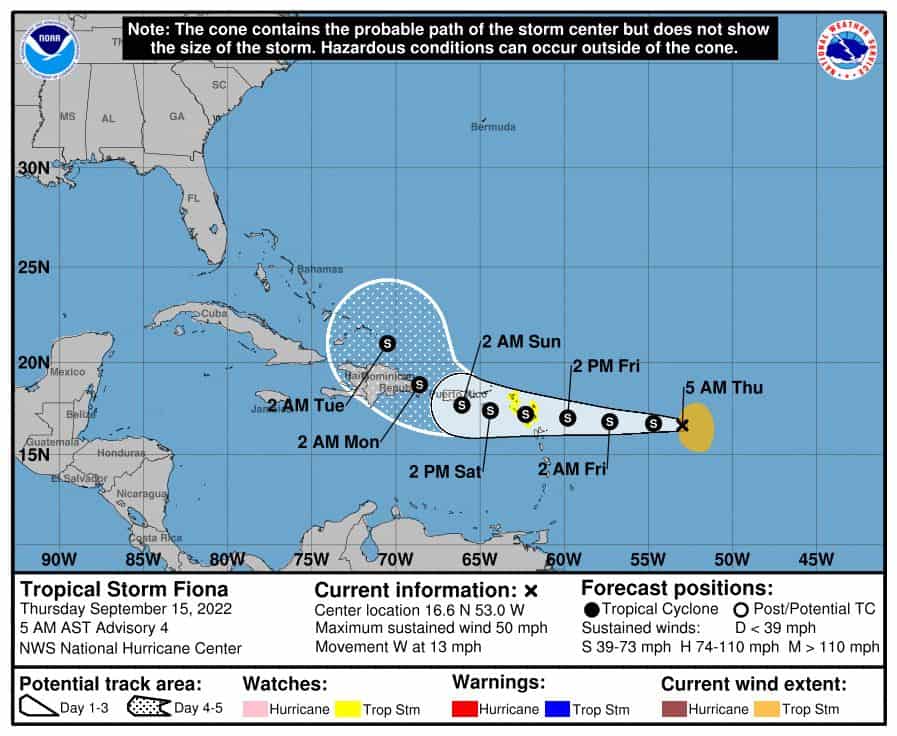