Home Learning Center Humberto on the verge of existence? | CAT365 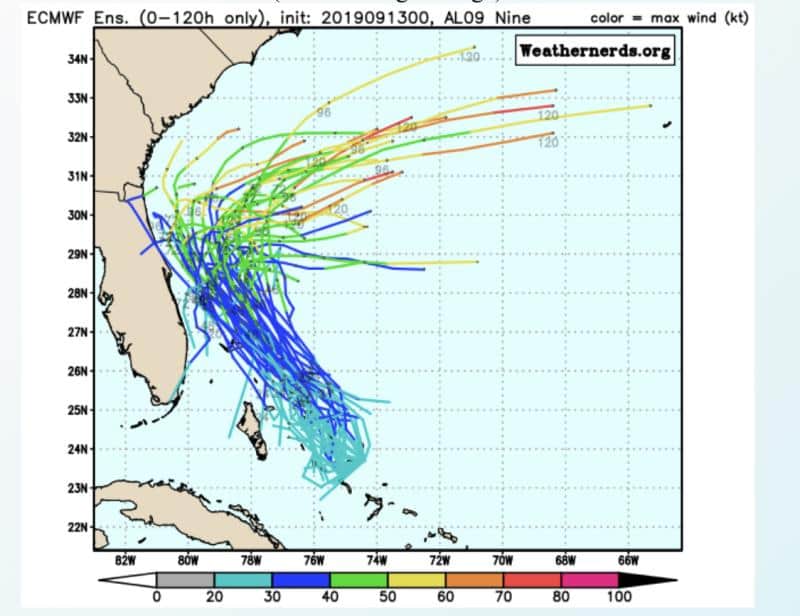 Humberto on the verge of existence? | CAT365

Potential Tropical Cyclone 9 is still working out there. Currently, there’s not much organization overall, but we’re starting to see some circulation. 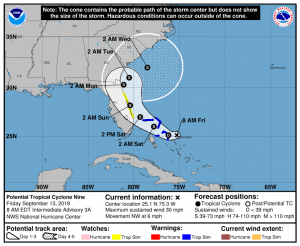 The National Hurricane Center had it heading up the middle of Florida as a tropical storm or depression late yesterday, but as you can see in the 8am, they shifted the track further east along the Florida coast.  This track is more in line with the EURO model.

Most models now side with the EURO and NAVGEM (which is pretty good on location).

The GFS model has shifted east and now tracks more towards the center of Florida instead of the Gulf.

The NHC is keeping PTC9 a tropical storm for now, but if it stays further off the coast, we could see more strengthening as it leaves the area of cooler water caused by Dorian’s unwelcome stay over the Bahamas.

I imagine the NHC will note this as a possibility if/when their cone shifts more east into the Atlantic.

Could it become a hurricane? Very possible post Florida. 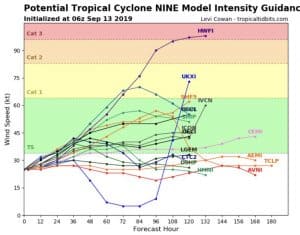 Today should give us a good bead on PTC9’s plan on strengthening and path. Lots to watch.