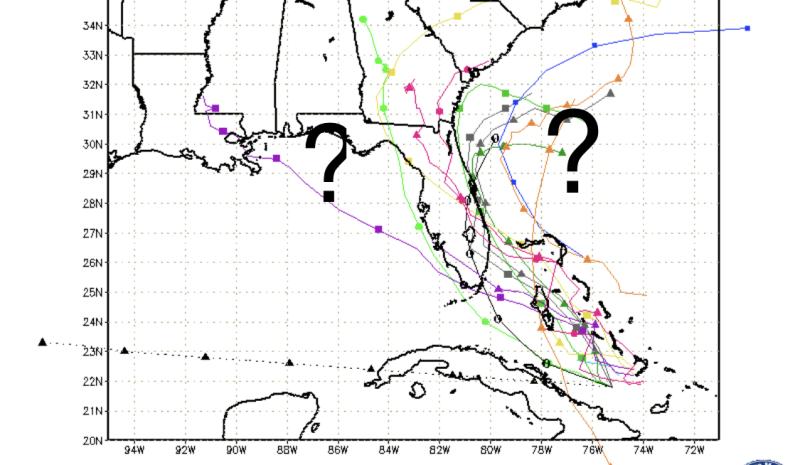 I’ve been in the CAT game for a while now, and this is the first time I’ve seen models this far off from each other within the three-day window. 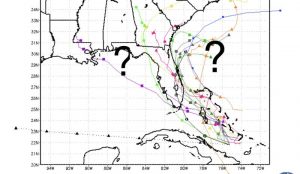 Invest 95 is strengthening and is now up to an 80% chance of development. It could become a named storm soon if it keeps it up.

Most of the models do agree on I95 strengthening, but it’s crazy how they don’t agree on which body of water it will end up.

Steering winds favor the Gulf track currently, but a high is expected to weaken and drift eastward, which is what the EURO may be picking up on. 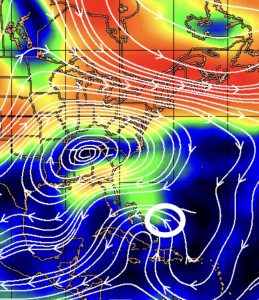 Regardless, we could see I95 strengthen into something decent these next few days, so be sure to watch it closely.

As for I94, it faded, leaving that moisture we discussed for the New Kid trailing behind, but models now trying to pull the New Kid northward well before the Antilles and out into the Atlantic. This is a new run for them, but very possible if there is a break in the blocking high.  This would be a win for sure. 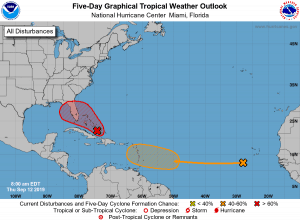 So, models are just a little wacky today, but hopefully they’ll get their circuits together shortly.