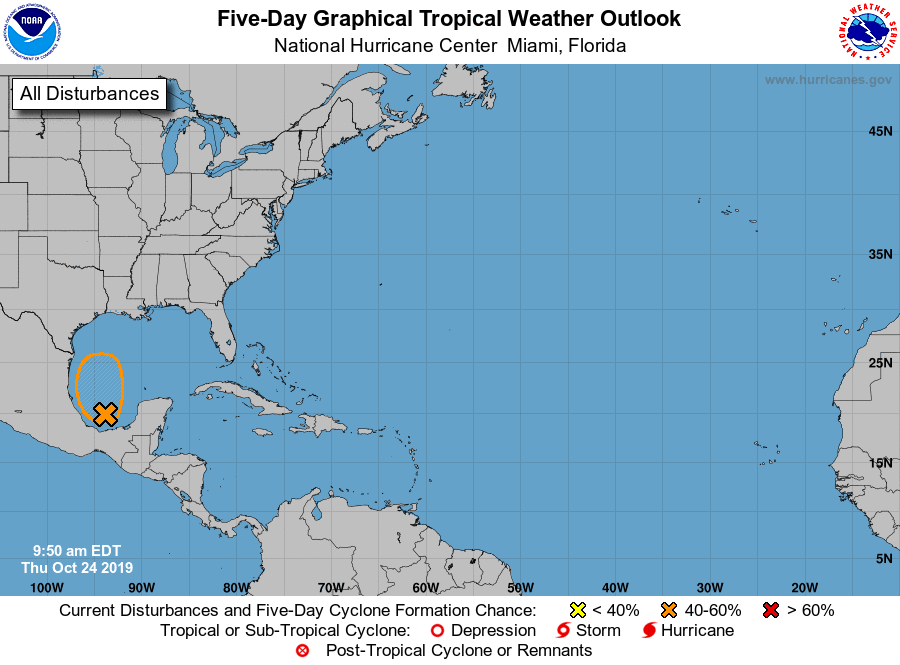 Hurricane Season isn’t over, yet

NOAA has blobbed an area to watch for in the Gulf this weekend.

A strong group of storms will be over the Yucatán peninsula into the Gulf by late this week. From there, it’s expected to get pulled up by a passing front and move northeast, Nestor-style, towards the coast late this week and into the weekend. Everyone from Texas to Florida should be on watch, but like I said yesterday, rain is mostly expected from this. 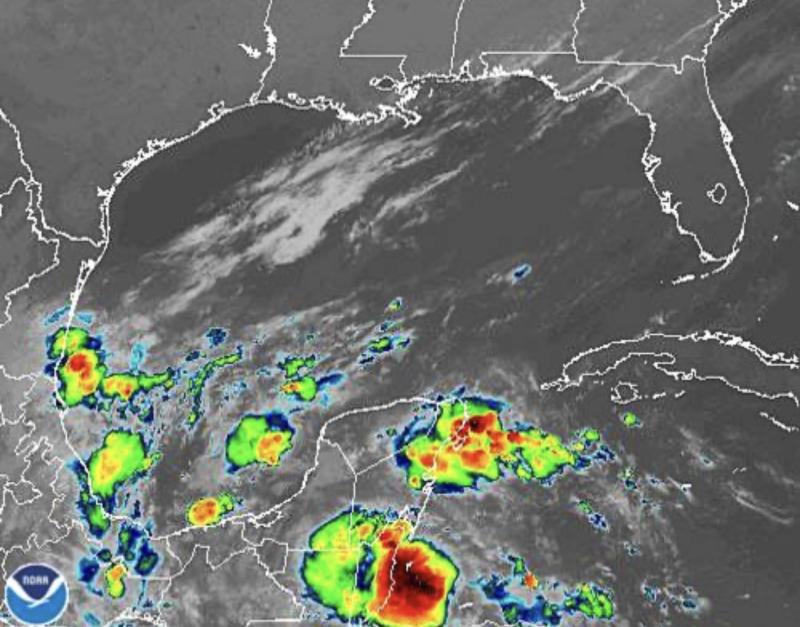 As for any further development, that may be difficult with the amount of shear and limited time expected over water. With that said, if the system stays together and the shear continues blowing east, it would have less effect on the blob since the system will be moving along with the shear, versus against it. 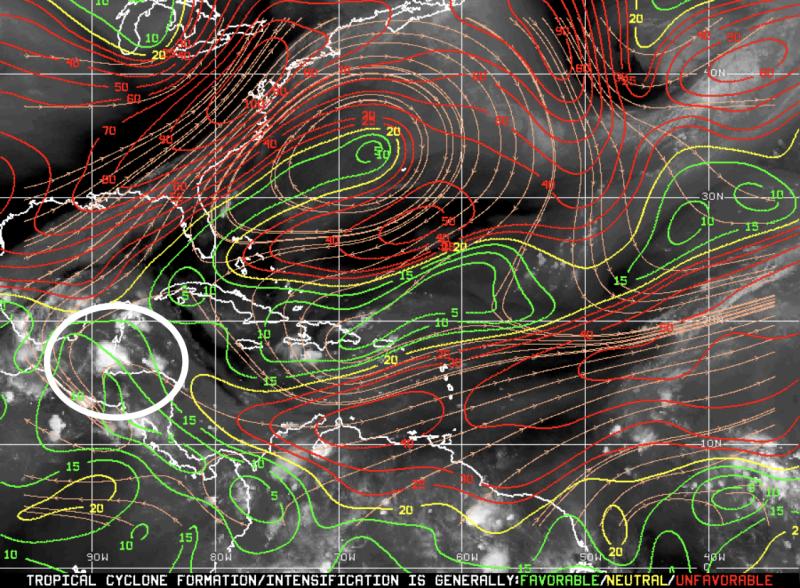 So we’ll just watch and see, but I’m not expecting much currently.