We have Invest 95 just off the coast of Africa.

A group of storms rolled off the African coast earlier this morning and already have a 40% chance of developing in the next five days. 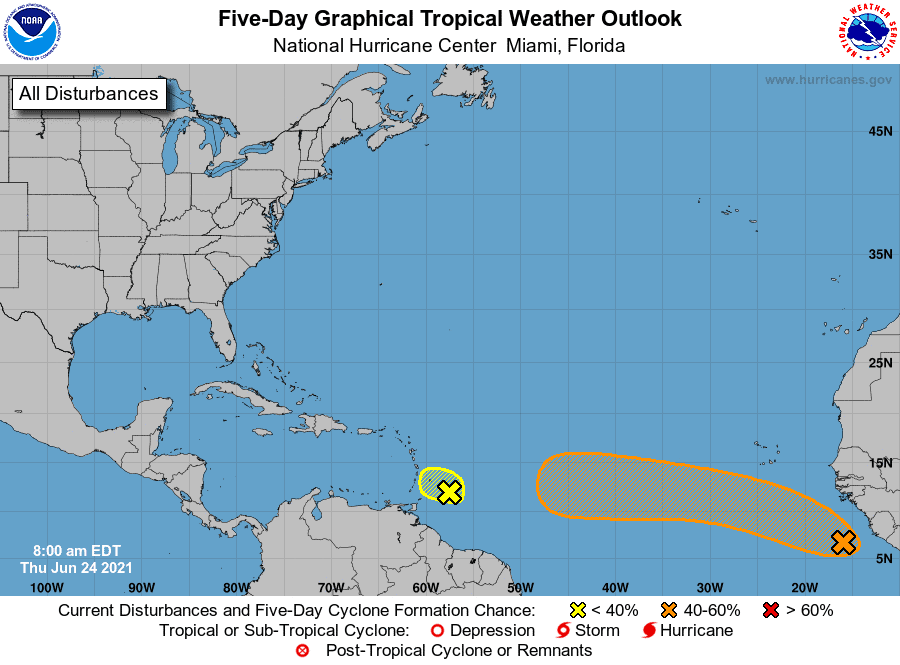 Models continue to favor development over the next 5-7 days as it tracks WNW toward the Antilles.  We could even see a named storm form as early as this weekend based on some modeling.

With that said, once it nears the Antilles, conditions are expected to worsen, and models show a weakening system before making it to the Caribbean.

This one could be a distance runner folks.  Make sure you keep an eye on it.  Will it go the distance?  Hopefully not, and most models agree for now.  Fingers crossed.