The tropics remain calm-ish, and nothing’s showing on the five-day outlook, but will it remain like this for long? 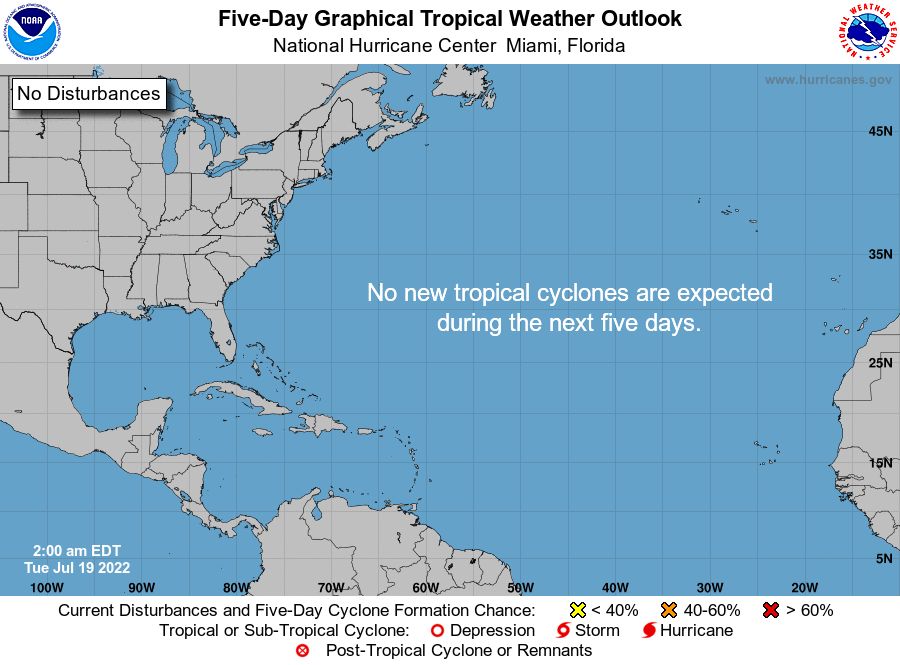 Currently, models show nada. Nothing really pinging on them, not even the Houdini of models, the G, has manifested something in the next 10 days. Now that’s strange. Seems to me something is brewing in the depths, waiting for the right time to strike. Or not. I can tell you that the MDR (Main Development Region) is waking up for sure. There was a wave that just came off the African coast yesterday that looked downright bona fide — and still does in my opinion. There are also a lot more storms crossing Africa now, so you can tell it’s getting closer to MDR season, and that’s when it gets busy..

For now, we should watch this new wave off the coast of Africa since it could try to build some. There’s dry air ahead of it that will will try to limit its roll for now, but the shear is not too bad along its current path, so it has a chance to build some. (we also have several behind it)…. worth watching for sure. As we get closer to August, though, these shields of protection start to diminish, and then it’s game on. Yup, MDR Runner Season…. ugh.

So enjoy the downtime folks, not sure it’s gonna last too long..