Home Learning Center All Aboard for Hermine 2.0 | CAT365 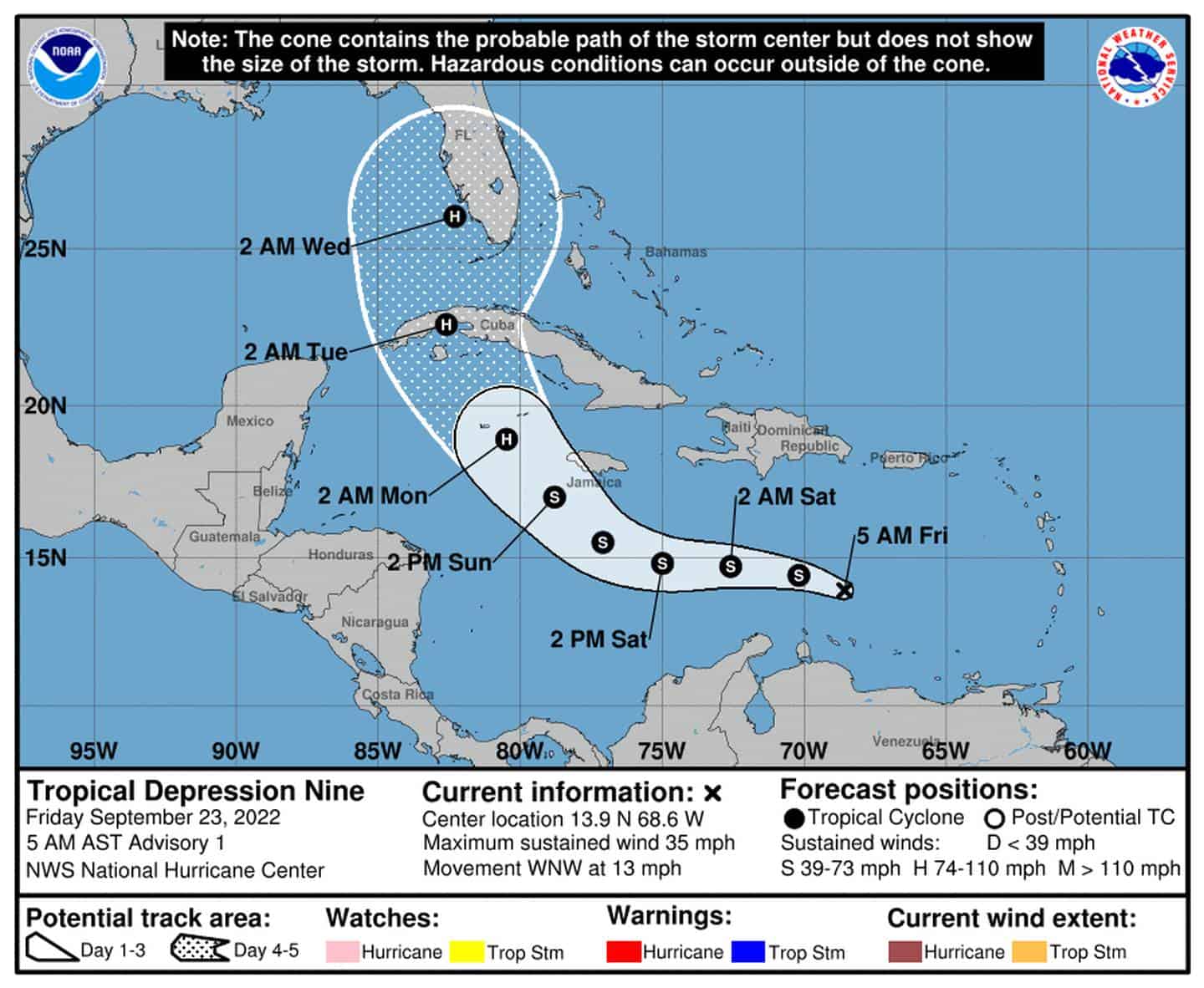 I remember getting heat for mentioning this area before it was even a glimmer in the National Hurricane Center’s eye. But look at it now.

We have Tropical Depression Nine (TD9) now in the Caribbean with 35mph winds, headed west-northwest at 13mph. It’s expected to keep strengthening on its journey and could even see it named by the end of the day (Tropical Storm Hermine 2.0). So you’ll notice that models changed their tune from a more western track near the Yucatan to a more northwestern track over Cuba. Yup, seems the low-level center formed just a bit more north than expected, and the strengthening/speed of the system is allowing it to start catching the pull east from our dipping trough/low. So now it’s expected to pull up a little sooner and target Florida.

Again, although this is a pretty close cone (within five days), things can still change in both track and strength, so monitor. If TD9 continues to strengthen and maintain its speed, we could see it curve even sooner, exposing more of the Keys and South Florida. If TD9 takes longer to get its groove on and even slows some, then we could see this cone shift slightly west exposing more of Central FL and the Eastern Panhandle. A track more over Cuba will help limit strength, but a brush over Cuba may allow it to keep its organization and become even stronger in the Gulf, blah. 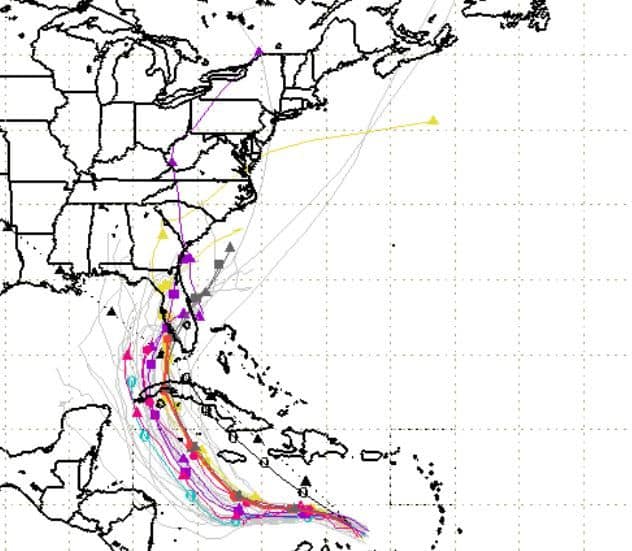 Basically, we still have much in play and timing will be key. For now, the National Hurricane Center forecasts a CAT 1 – 2 nearing Southwest Florida early next week. We should all monitor this system closely and anticipate a few tricks up its sleeve just in case. More to come.