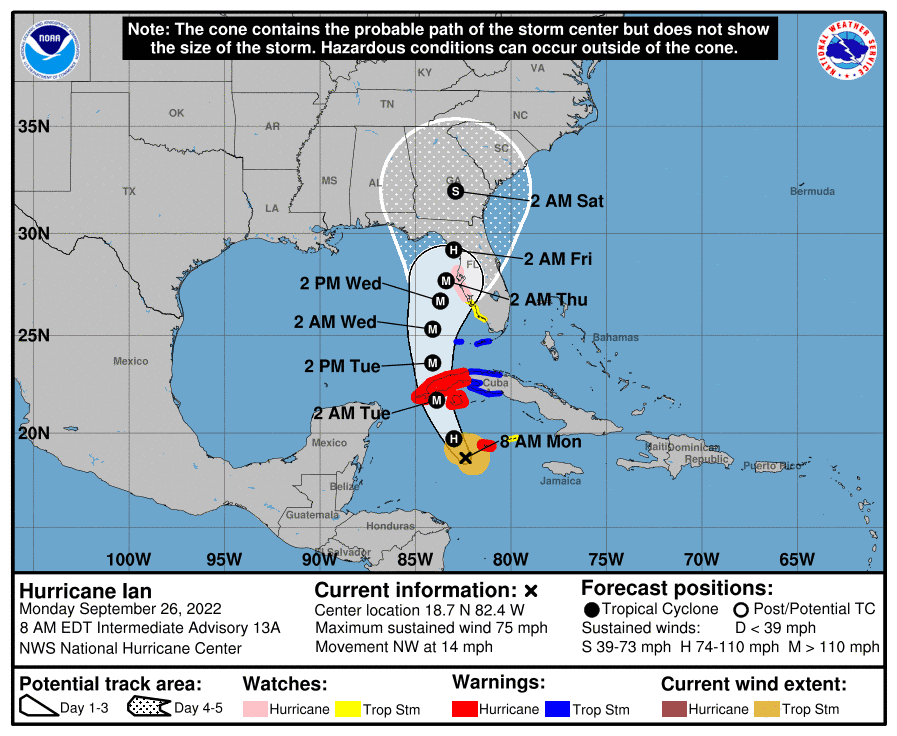 Alright. As I said, there is potential for a push in track more northwest and that’s what we got for sure.

We went from Naples to Cedar Key in 24 hours with a 5-day cone. Well, at least we were all anticipating it, so not a huge surprise. It feels like we’re doing the Cha-Cha Slide.

Anyhow, this is where we are “for now.” Hurricane Ian has winds of 75mph, headed northwest at 14mph. Ian is still expected to blow up as it nears the Gulf and could even reach  CAT 4 status once in the mid-Gulf. Yikes. But models do agree that it will start to weaken some as it approaches landfall next week as a CAT 2 or less. So where’s it headed now or “for now?” The National Hurricane Center has shifted the cone far northwest now towards a Cedar Key/Big Bend landfall early Friday morning, potentially brushing the Tampa coastline as it approaches. Will this stick?  I imagine we will still see some ups, downs, lefts, and rights come in. So stay tuned folks. It will be interesting.