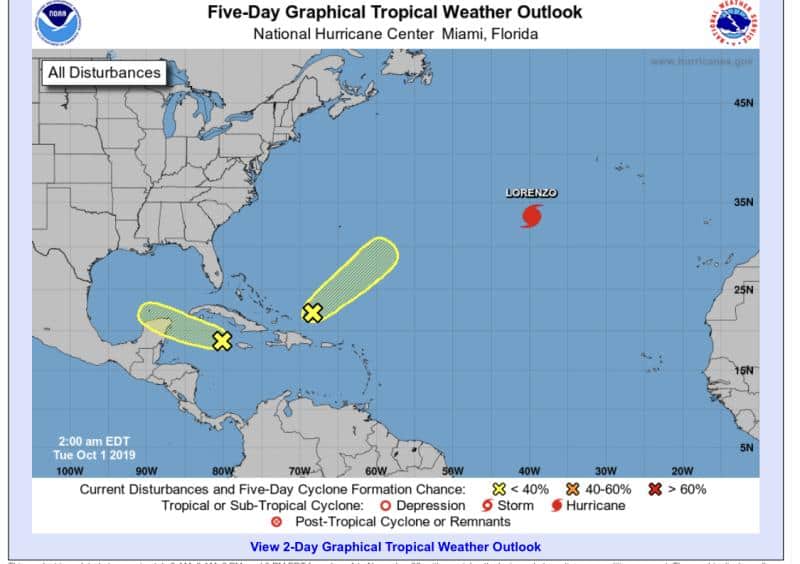 Two new yellow blobs have made their appearance.

The one nearest the Bahamas has a 20 percent chance of development over the next five days and is expected to pull out into the Atlantic by end of week. It could develop into at least a tropical depression based on modeling, but it’s not a threat to land currently.

The one in the Caribbean is that moisture I’ve been mentioning 7+ days out. This one’s at a 10 percent chance over the next five days, but it’s the Gulf, so we need to monitor for sure. Currently, the NOAA shows it pushing west, but could see it shift to the east some. The Euro model likes an eastern track, and so does the GFS. Some runs are even splitting the wave in two, sending some west and some east. Nothing blowing it up for now, but we definitely have something to watch here.

Lastly, we still need to keep an eye on the Caribbean the second week of October, as this is historically a busy time for development. Also, models are sniffing something trying to develop around this time, and the MJO is predicting higher moisture building in the Caribbean the week of 10/14.  Nothing official, just watching.

Remember, October is a busy month for the Gulf states.