Home Learning Center Flood Insurance: What You Need to Know

Flood Insurance: What You Need to Know

It’s been a rainy few weeks in Florida. Don Matz fills us in on flood insurance and the options available for Florida homeowners. 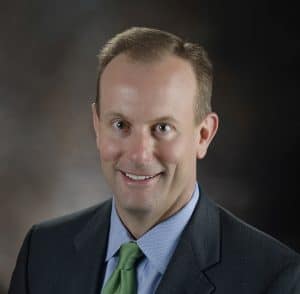 Flooding is one of a number of weather perils Floridians face year in and year out. Flooding can occur multiple ways in Florida. It may occur as the result of storm surge emanating from a tropical storm/hurricane, from rivers and streams overflowing their banks, or from inundation due to a large amount of rainfall in a short period of time that is unable to drain quickly or properly. Unfortunately, most homeowners insurance policies do not cover flood losses.

Fortunately, there is a solution. Your local insurance agent is able to offer you flood coverage through either a Private Flood Program or the National Flood Insurance Program (NFIP). Different coverage limits and options are available in the two programs. Your insurance agent is your best resource for determining which type of flood policy best meets your individual needs.

Tower Hill has been offering private flood insurance for over a year now.  Our policies are issued by Lloyd’s and offer broader coverage than what is currently available from the NFIP.  Additionally, we can provide coverage for homes valued up to $5 million, thus negating the need for two separate policies (NFIP & Excess Flood).

Oftentimes, our Private Flood Program policies are less expensive than the NFIP. Starting this August, we anticipate offering private flood coverage as an optional endorsement on all Tower Hill homeowners’ policies as well.

The NFIP is underwritten by the federal government but sold and administered by private insurance companies, and their agents, through the “Write Your Own” (WYO) flood program sponsored by the Federal Emergency Management Administration (FEMA). Tower Hill has participated in the WYO program since 2005 and covers nearly 85,000 policyholders.

Through this program, homeowners may purchase up to $250,000 of flood coverage for their home and an additional $100,000 for their contents. If additional coverage is necessary, your insurance agent has access to insurance companies that specialize in writing “Excess Flood” policies that close the gap between the $250,000 of coverage available from the NFIP and the full replacement value of your home.

Authorization for the NFIP expires on September 30, 2017. There are currently five different bills winding their way through Congress to reauthorize the program going forward. Currently, the NFIP owes the U.S. Treasury $25 billion for funds borrowed to pay policyholder claims that resulted from Hurricane Katrina and Superstorm Sandy. Fundamentally, the NFIP must be re-structured so that taxpayers are not burdened with additional debt in the future and to permit the program to repay at least a portion of the current debt. This is neither an easy nor inexpensive task.