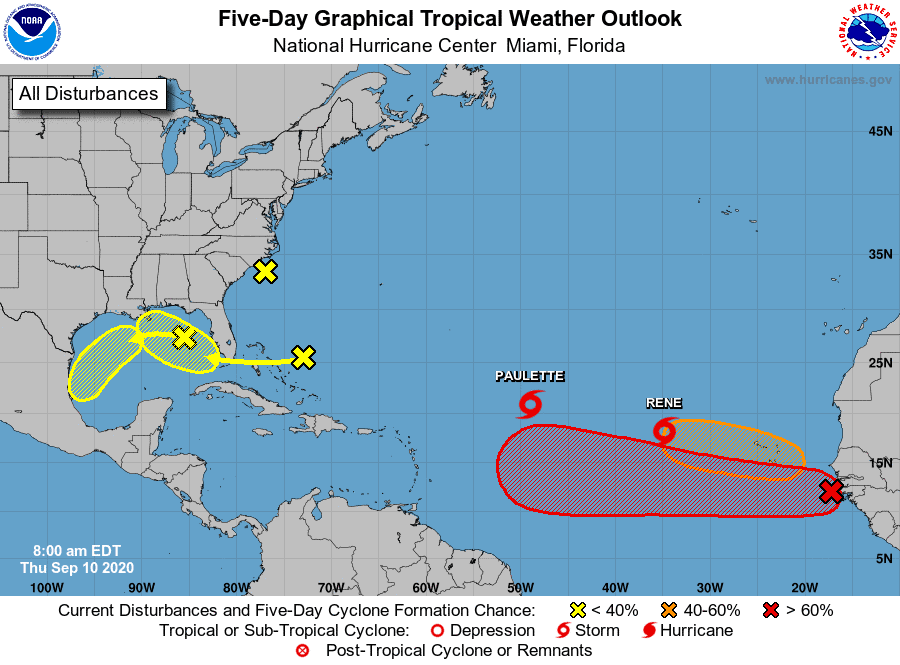 Welcome to the peak of hurricane season | CAT365

Well, today is September 10th, which is historically the peak of the Atlantic hurricane season.

So let’s look at the damage thus far:

That’s definitely above average activity, and it doesn’t seem to be slowing down any time soon.

Our Gulf spots are not developing much based on future modeling, but we should watch just in case.

Our Orange blob looks to develop some, but most models take this one northward into the Atlantic.

That’s the good news. The Bad is that our Red Blob that should become Sally (our 18th) continues to trend westward  on future modeling, which takes her more into the Caribbean instead of the “up & out” with our other Atlantic systems.  This could bring the system closer to the U.S.  Basically, we’ll need to watch this wave very closely over the next week. 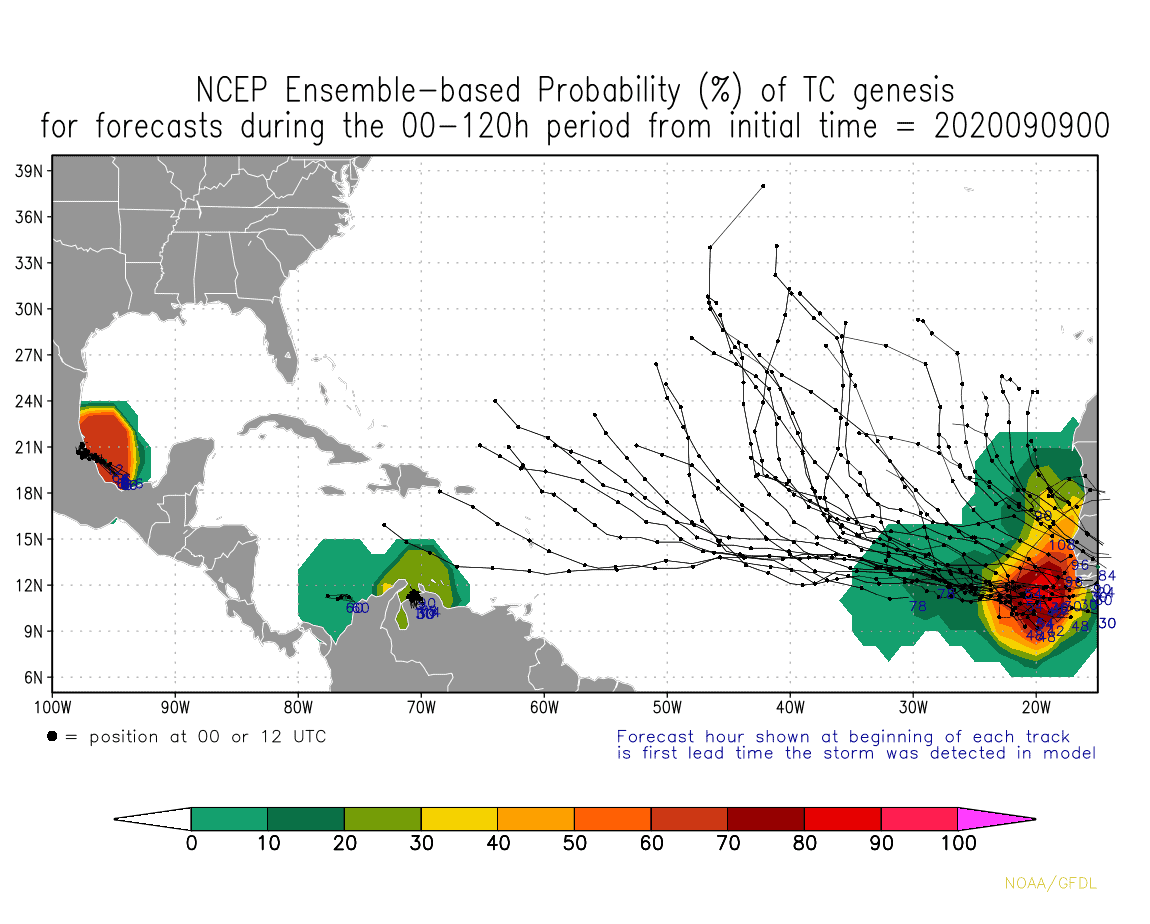 We still have lots of time, and modeling will continue to flip-flop back and forth with future Sally, but we should keep at least one eye on this wave for sure.